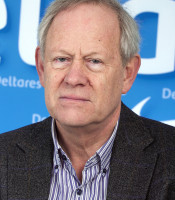 Dr. Fred Kloosterman is a very experienced geologist and hydrogeologist and has been working in about 20 countries in Eastern Europe, Africa, Middle East, Central and East Asia for the last 35 years in short-term and long-term. He holds a PhD (cum laude) from the Earth Science Faculty of the Free University, Amsterdam and is specialized in field geology/hydrogeology, geo-database development, numerical groundwater modelling in arid and semi-arid areas with data scarcity and in  geo-informatics. In the field of geo-informatics he is specialized in GIS applications, database development, computer programming on Microsoft dotNET platforms and technologies (C# language). Fred Kloosterman has also been active in teaching and hands-on training of foreign experts in the application of modern computer techniques in groundwater resources assessment projects in the classroom and in numerical groundwater modelling, development of geo-information systems, field techniques and assessments in multi-annual projects abroad.