A dyke made of the clay from the clay ripeners (Kleirijperij) near Delfzijl is currently being tested in the Delta Flume of Deltares. A full-size cross-section of the dike has been constructed in the flume and is being subjected to the conditions of a superstorm. 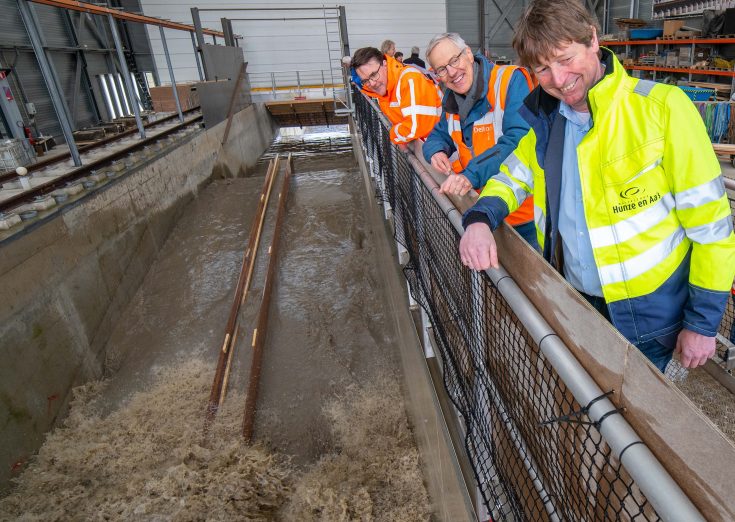 The tests are part of an extensive study to verify the safety of a dyke reinforced with  clay ripened from locally available salty dredge sediment.. Water authority Hunze en Aa’s intends to beneficially use this clay to strengthen the seawall in the North of the Netherlands near the German border into a so-called Broad Green Dyke, contributing to key societal ambitions such as flood safety, climate adaptation, circularity and water quality. 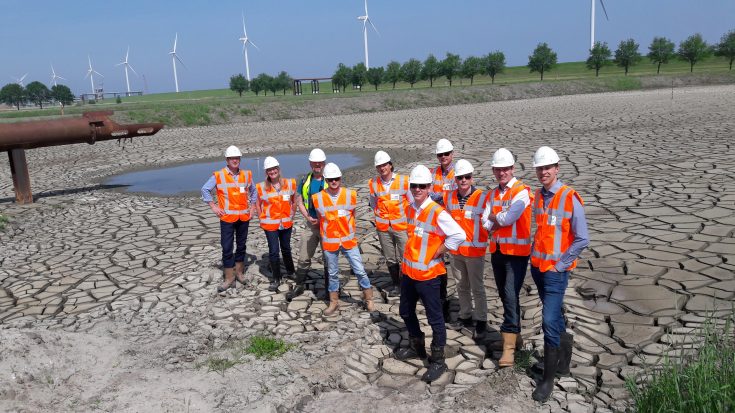 The Broad Green Dike is a dyke with a gentler slope than standard dykes. It is further reinforced with clay obtained by ripening salty dredge sediments in only three years. With the results from this trial, the water authority can improve the design of the Broad Green Dyke, assuring its safety. The results will also increase the predictability and applicability of locally extracted dyke material in the Netherlands and abroad. The entire study will be completed in 2022.

Dyke reinforcement in the Netherlands

If the trial is successful, it will be of great benefit to the total dyke reinforcement task for the rest of the Netherlands. Erik Wagener, director of the Flood Protection Program: “We are working in a unique collaboration between the government and the 21 water boards on the largest dyke improvement operation since the Delta Works: the reinforcement of at least 1,300 kilometers of dyke and 500 locks and pumping stations. If we can construct some of the dikes with locally extracted clay from sludge, it will make a huge difference in costs, in environmental impact and in nuisance caused by transport of clay from afar”.

This project is a collaboration between the Water authority Hunze en Aa’s  and EcoShape partners Deltares, van Oord and Boskalis. Advice is provided by the Clay Ripener project group led by the Province of Groningen, the workgroup for dyke improvement with locally sourced clay (POV-DGG), and Wetterskip Fryslân. The Flood Protection Program is the main funder on the research.

The experiments in the Delta Flume run in parallel to a series of small-scale geotechnical experiments, model simulations and the construction of a small test dyke in the field near one of the Clay Ripener.