A2 Maastricht, a tunnel of gravel and limestone

A tunnel is being built in Maastricht for the A2 motorway. It will be excavated in a subsurface made up of gravel and limestone. Deltares draws on risk-based appraisals of designs and specialist knowledge to contribute to the managed construction of the tunnel in these geotechnically demanding conditions.

Between the Geusselt intersection and Europaplein, the contractor consortium Avenue2 (Ballast Nedam and Strukton) is building a twin-layer tunnel for separate traffic flows. Building started in 2011. The opening of the tunnel is planned for 2016. 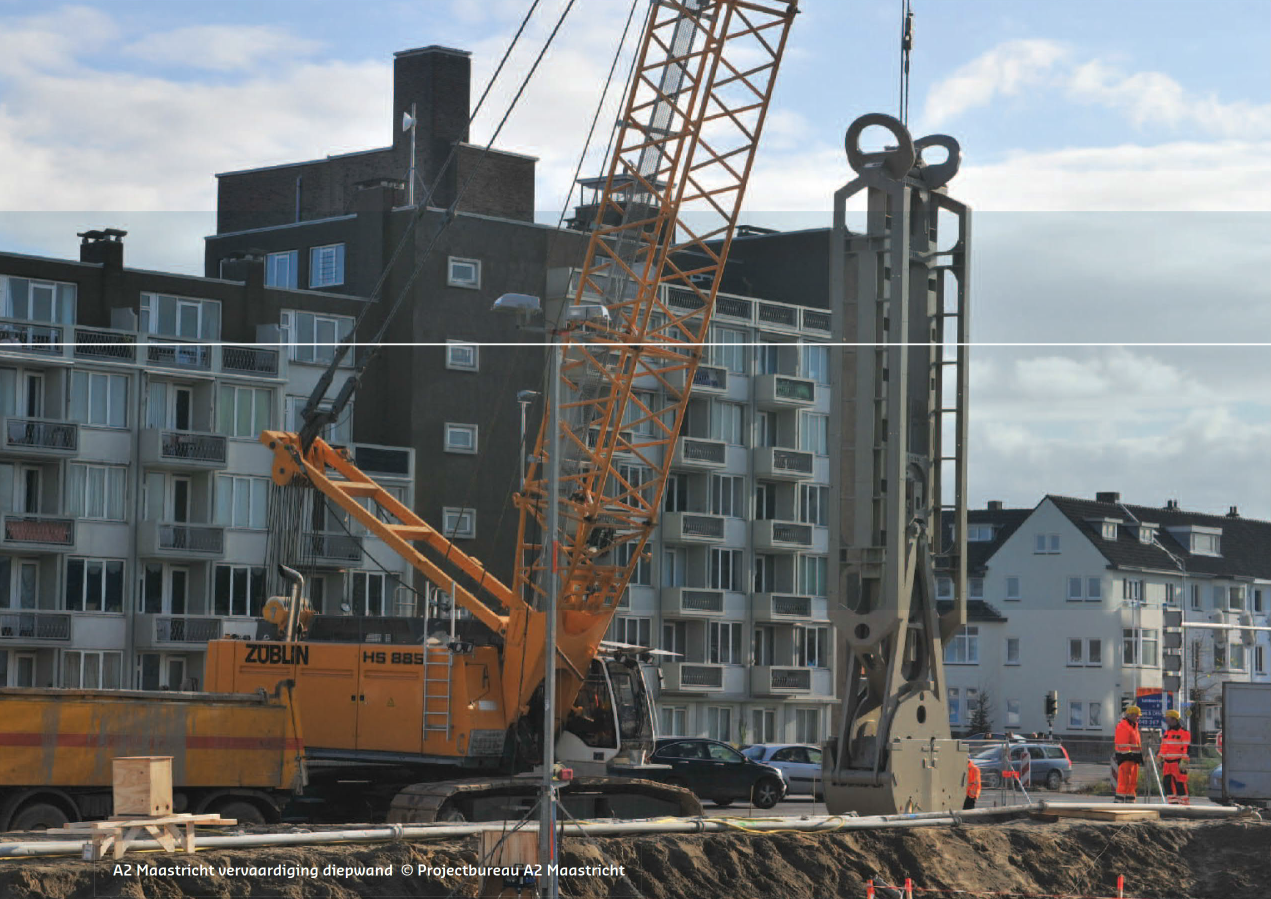 How does Deltares contribute knowledge?

In 2007, Deltares was asked to conduct a GeoRiskScan. The project organisation then appointed Deltares to conduct reviews during the preparations for the construction phase. A team of geo-engineers assessed the contractor’s designs and working plans. A special activity involved assessing the manageability of geotechnical risks with regard to the observational method used here.

What new knowledge has been acquired about the subsurface?

The subsurface below Maastricht is not weak, but it is complex. Gravel and limestone predominate. However, the limestone can be hard in some places, and soft in others. It is important to take this soil structure into account. Back in 2006, the project organisation A2 Maastricht approached Deltares to map out the subsurface in the run-up to the tender procedure for the design and construction of a tunnel. The drill cores were studied by Deltares and Delft University of Technology, and worked up into a geotechnical profile which made the boundary conditions for the construction clear. For example, it emerged that the tunnel passes through hard limestone in the southern section before encountering soft limestone as it progresses northwards. The soil survey conducted by the contractor on the basis of a slightly different drilling method resulted in higher values for the geotechnical properties. This was another reason explaining the importance of field observations of the behaviour of the structure during the building phase: the observational method. The contractor’s plans did take into account the fact that the planned tunnel can block groundwater flows: groundwater will be led to the other side of the tunnel.

A tunnel with two levels has to go down deep. Excavation work will proceed to sixteen metres below ground level, entering the limestone layer. So it is important to know how strong the subsurface is. To draw up a profile, Deltares used technology that included reflection seismology. This technology was used subsequently by the contractor to determine the continuity of the strata and to localise fault lines. However, the exact details are still unclear. Uncertainties about the strength of the subsurface led the contractor to opt for an approach to the construction of the northern section of the tunnel that has been used only occasionally in the Netherlands in the past: the observational method. This approach involves continuous checks during the construction of the excavation pits to see whether assumptions and design criteria are still valid. This major monitoring effort has been elaborated by the contractor and applied with considerable success

All experts
Back to Underground construction in urban areas