New Orleans has an effective storm drainage system to pump away water following a heavy rainstorm. However, the pumps also operate when it is dry: besides rainwater, they also (unintentionally) lower the groundwater level, causing the peat and clay to dry out and settle and the ground to subside. Moreover, industry relies partly on groundwater as cooling water for its production processes. This is causing water pressure to fall in the deeper subsoil, resulting in subsidence. New Orleans is sinking by an average of 6-8 mm per year. A large part of New Orleans is already below sea level. This has major implications, which are becoming all the more visible. Floods can be disastrous, because the city lies so low and public spaces require a lot of maintenance due to damage to roads and pipelines. If you walk through certain areas of New Orleans, you will be struck by the broken driveways, uneven streets, sagging pavements and houses everywhere. 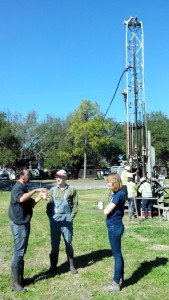 What are we doing in New Orleans and what is the result
Deltares was actively involved in devising the Urban Water Plan. The water plan illustrates how New Orleans can become a resilient city that is better able to withstand the water and subsidence problems it is currently experiencing and which are only expected to worsen over the coming decades. A robust water infrastructure is crucial to the city’s survival and economic prosperity. Deltares is helping New Orleans to implement the plan and obtain accurate information and data on the subsoil and the groundwater system.

The city kicked off the design phase for the “Mirabeau Water Garden” in 2015. This is an area of 300 x 300 metres where rainwater is filtered and stored, to ease the strain on the built environment. Deltares is monitoring the subsoil and groundwater and calculating the potential for water storage and the impact on the surrounding area, such as less subsidence and lower groundwater levels.“Measuring and monitoring groundwater is vital for the city to put a stop to subsidence. If you don’t measure it, you can’t manage it, according to Roelof Stuurman, groundwater expert at Deltares ”. 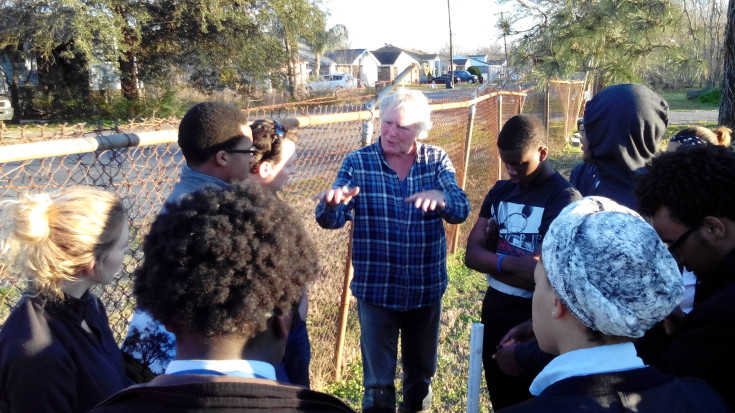 We were involved in developing the ‘Reshaping the Urban Delta ’ proposal for the National Disaster Resilience Competition (NDRC), to make New Orleans a resilient city with less subsidence and reduced risk of flooding. This proposal was awarded $141 million by the Federal state and the Rockefeller Foundation. The money will be used over the next few years to improve the Gentilly district, in keeping with the Urban Water Plan. Improving the local surroundings, employment and education is also a major focus.