Deltares is working on a scale model of the new sea lock in IJmuiden in order to study the forces and the effects generated by freshwater and salt water on the ships. To accommodate ever-larger sea-going vessels, the lock will be one of the largest in the world, with a chamber that will be more than 500m long. It is expected to go operational in 2019. 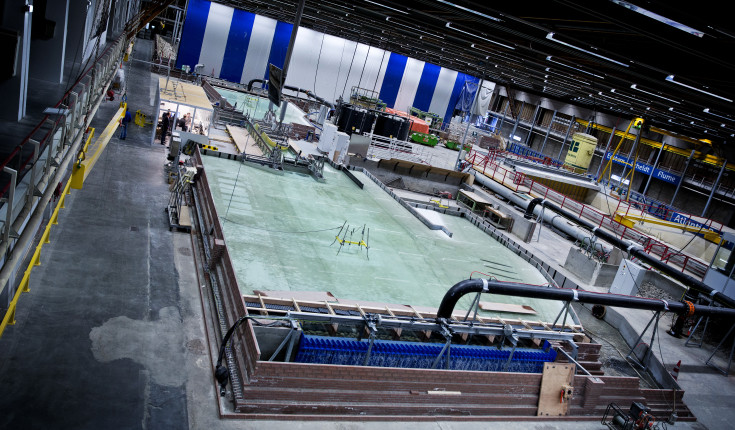 Why a new lock?

A new large sea lock at the entrance to the North Sea Canal will be required for the development of the Amsterdam port region and the regional economy, and it is vitally important for national and international freight transport.

With the model tests the physical process during operation of the lock is being simulated. In detail is being looked at:

The results of the scale-model tests will also be used to validate the numerical models used to design the lock. The reference design for the new lock will be built to a scale of 1:40 and will be available for a period of three years. The scale model, the lock chamber and the entrances are approximately 56 m long in total and 20 m wide.

All software
Back to Ports and waterways