Since the 1950s, seagrass has been disappearing from Adelaide’s coastal waters in the Gulf St Vincent, South Australia. Seagrass meadows are an important habitat and food source for a range of marine species, including commercially important fishery stocks. The Adelaide Coastal Waters Study (ACWS) was carried out in 2003-2007 by a large group of Australian scientists. They concluded that the seagrass decline was caused by discharges of treated sewage, rivers and storm water. Such discharges reduce the water transparency and they stimulate the excessive growth of so called “epiphytes” on the seagrass leaves. Both phenomena reduce the amount of sunlight penetrating to the seagrass leaves, and subsequently kill the seagrass. It was not clear however when, where, and by how much these discharges would need to be reduced to create sufficient conditions for recovery of the seagrass meadows. 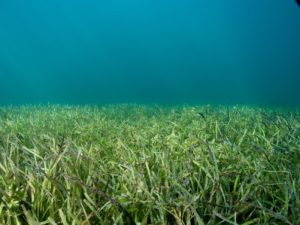 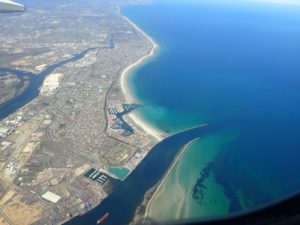 The AREM brings together information and knowledge (embedded in Delft3D) about coastal discharges, about physical and biogeochemical processes in the coastal waters and about the sensitivity of 9 different seagrass species occurring in the Adelaide coastal waters to produce suitability maps for seagrasses. SA Water will use AREM to investigate how the suitability for seagrasses responds to changes in coastal discharges (timing, location or composition).

The development of AREM was only possible thanks to a substantial effort by SA Water to collect additional data; not only about the discharges, but also about the coastal waters themselves. While developing and validating AREM, we learned that it is not just coastal discharges that affect the water quality. There is in fact a very significant “natural” background level of substances that reduce water transparency.

Having the AREM does not solve the problem. It does however allow SA Water to have the best possible understanding about the degree to which proposed interventions can restore seagrass habitat suitability.

All software
Back to Monitoring and modelling of ecosystems