The Mekong Delta in Vietnam is a fertile and economically important area in Southeast Asia that is also known as Vietnam’s ‘rice bowl’. The area is subsiding at a rate of 1-4 centimetres a year, and the Vietnamese are increasingly feeling the impact: more flooding and the increasing salinisation of groundwater and surface water. The rapidly increasing population and economic development are driving a rapid increase in water consumption. The associated extraction of groundwater for drinking water, agriculture and fisheries is the most probable cause of the dramatic land subsidence in this low-lying area.

Large-scale study of the causes and consequences of land subsidence

In collaboration with Dutch and Vietnamese organisations, we have initiated a large-scale study of the causes and consequences of land subsidence in the Mekong Delta. The aim is to identify the various forces driving land subsidence, to establish a 3D model of the subsurface and to develop a tool for predicting land subsidence. Hydrological processes and the interaction between land subsidence and the salinisation of groundwater and surface water will also be covered. 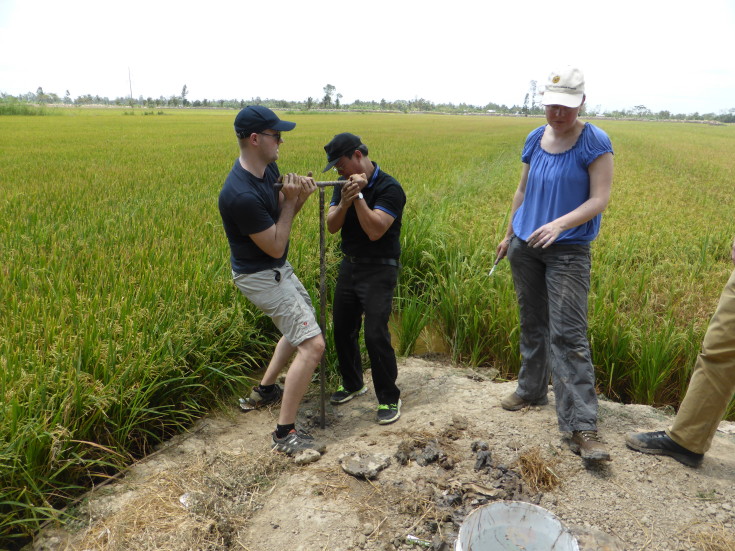 During the study, which will take four years, we will develop a toolbox for local government authorities and stakeholders that will allow them to assess different water-management scenarios with the aim of keeping the area safe and habitable in a sustainable way. In this way, we hope to establish an integrated approach to looking at land subsidence from different perspectives so that it can also be used in other deltas throughout the world.

The research is part of the Rise and Fall project, strategies for the subsiding and urbanising Mekong Delta, Vietnam)facing increasing salt water intrusion.

Strategies for subsidence and urbanisation in the Mekong Delta