Morphological study for a cable landfall

BP has conducted a project on the re-development of the Valhall field in the North Sea. This project planned to install High Voltage Direct Current cables from the mainland of Norway towards the Valhall field. The power cable landfall was envisaged in an enclosed sandy bay on the south coast of Norway.

Information available to the project has indicated that this bay area might be subject to significant seasonal movement of the sandy seabed, which could potentially be problematic for the required life-time coverage of the cable. 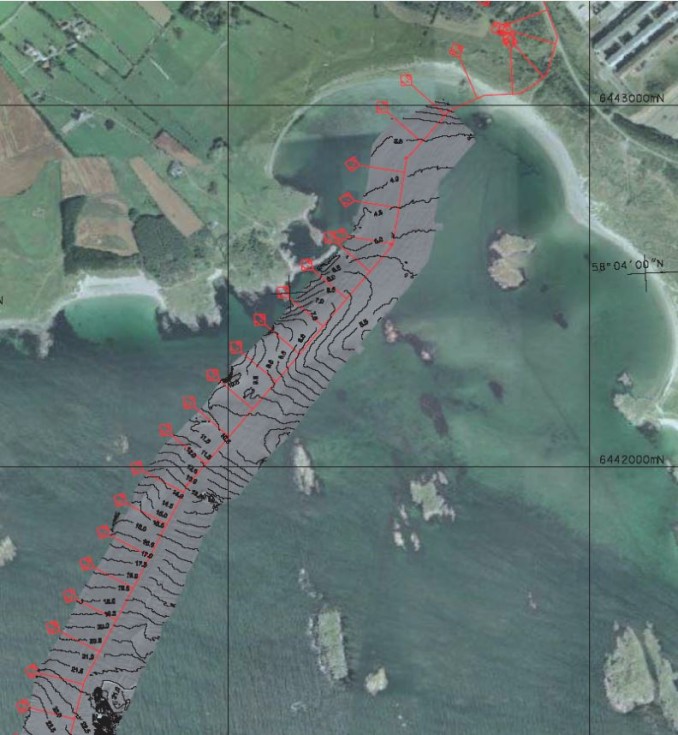 The primary objective of the study Deltares performed was to assess the dynamics of the sea bed along the nearshore cable route with the use of a numerical model.

To meet the objective of this study, the focus was on defining trends in beach behaviour and modelling of the bed level response to the wave climate. After collecting and reviewing the available data, a desk study provided insight in the main processes governing the development of the coast; both in cross-shore and alongshore. A wave climate study was carried out using the wave model SWAN, providing the required nearshore seasonal wave climates at the project area. The beach profile development and behaviour were studied with the numerical model Delft3D. After a calibration using the measured bed level changes of two surveys, the numerical model was applied to assess changes in beach profile as well as several other aspects.

This model was used to address the objectives of the project. Along the cable track, a cross-shore profile following the nearshore cable route was extracted from an available bed level survey. The morphological response to the wave climate i.e. the cross-shore bed level changes, were assessed with a state-of-the-art profile evolution model; based on the flexible 2DV mode of Delft3D.  The profile model was calibrated against measured bathymetric data. Morphological simulations for the yearly-aver-aged wave climate show that the upper part of the profile experiences sediment accumulation, whereas in the lower part of the profile, mobile sand bar patterns are formed.

The simulations indicated that the sand bars exhibit a high migration rate. An extensive sensitivity analysis for different model parameters resulted in a maximum yearly bed variation around the mean profile height. Based on the model results a target trench depth along the route and the optimal season for the trenching works were determined.

This approach allowed a well-founded method to assess the target trench depths for a landfall.

All software
Back to Pipelines & Cables Sector