One of the main criteria for the selection of the type of concrete layer is cost-effectiveness. The cubes are easy to cast and easy to apply, although many cubes are needed and so large volumes of concrete are required. The single-layer interlocking elements use less concrete, but they are not as easy to cast and place because placement rules usually apply to obtain the proper interlocking. 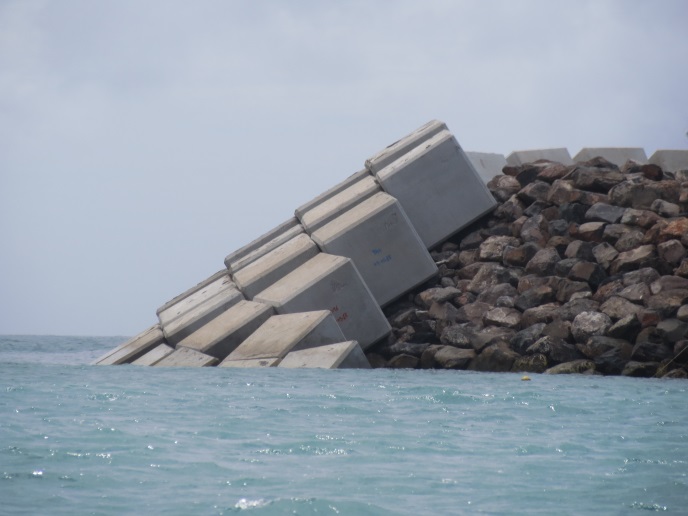 The design conditions for the breakwater of Sal Rei harbour (on the island of Boa Vista, Cape Verde) are extreme: significant wave heights of 7 to 9 metres in combination with a wave period of more than 18 seconds may occur. During an extensive 2D testing programme, different types and sizes of armour layers were varied. Single layers with either cubes, Accropode® and Accropode II® units were tested. A double layer of cubes was also tested. During these tests, it emerged that the armour layer with a single layer of cubes performed better than the other alternatives.

After this extensive 2D testing, the breakwater was modelled in a 3D physical model in the Delta Basin to verify and optimise the breakwater head as well. Once again, it was concluded that a single layer of cubes at the roundhead was the best alternative in terms of stability and cost-efficiency. 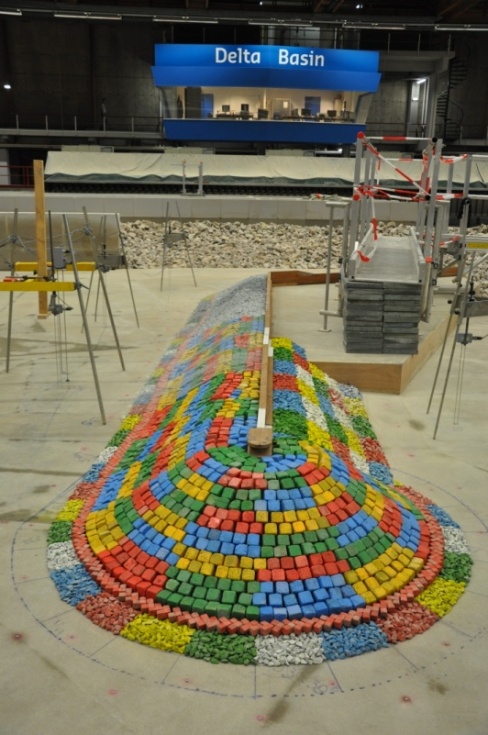 The breakwater protecting the harbour of Sal Rei was built in 2014 and it is the first breakwater with a single layer of cubes as a permanent solution.

All publications
Back to Coastal and River Structures