Save energy with smart pumping

After the sewage treatment plants, pumping stations are the highest consumers of energy for water authorities. It is estimated that the ‘Smart Pumping’ could cut energy consumption by 20 percent and so allow water authorities to play a role in the energy transition.

Interaction between water management and the energy market 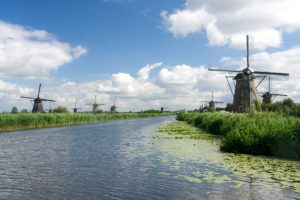 Deltares studied smart control strategies to see how better coordination can be achieved between water management and the energy market. A generic toolbox has been developed for control systems (RTC tools). This open-source toolbox can be used to maintain and optimise the target water level. In addition, it helps to keep energy consumption and costs as low as possible.

The toolboxes have been implemented in pilot projects for four different water authorities. During the course of the pilot projects, an estimate was made of how the systems respond to expected rainfall and tides, and it was determined how the engineering structures in place can be used best. The results have been analysed and compared in order to establish an approach, and a system that is available to all the water authorities.

With the rise in the availability of solar and wind energy, the day and night rates will be replaced by hourly rates that vary from day to day. That results in carbon savings for the water authorities. With Smart Pumping, the water authorities can contribute actively to sustainability by using their pumping stations flexibly.

Water authorities can cut annual energy consumption by 30 to 70 percent with smart control systems. That also significantly reduces their carbon emissions. The smart control strategy reduces energy consumption by 30 to 70 percent and cuts the carbon emissions associated with pumping water. Current carbon emissions as a result of the consumption of energy for pumping purposes in water management amount to 46 kilotonnes according to the Climate Monitor. That is the equivalent of 251 million car kilometres. Pumping energy is the second largest cost item (after sewage treatment) for water authorities, amounting to 150 GWh, or the electricity consumption of 45,000 households.

Smart Pumping is a project in collaboration with:

More about renewable energy from water and subsoil