Stratigraphic modeling with the Delft3D GeoTool

The Delft3D GeoTool is an open-source software, which allows to easily setup and run Delft3D simulations, populate, access, and mine a database of numerical river delta models, and export relevant data to existing software used in industry.

Characterizing the subsurface at depth involves dealing with large uncertainties, as the data available, such as seismics and boreholes, are costly and hence limited. There is a need for better constraining geological properties, such as porosity and permeability, and their spatial variability in order to use the subsurface more efficiently, e.g. for hydrocarbon or deep groundwater exploration.

Through a continuous line of research Deltares, Dutch universities and industry partners have developed modelling techniques for building high-resolution stratigraphic models using Delft3D. Delft3D is Deltares process-based software, simulating water, sediment transport and morphological changes in river deltas. These techniques have been used to better understand how river deltas react to changing forcing, such as waves, tides, river discharge, to different morphology and sediment characteristics. Furthermore, high-resolution morphological and stratigraphic patterns can be used by the industry to better characterize the variability of geological properties in the subsurface and consequently reduce uncertainty. 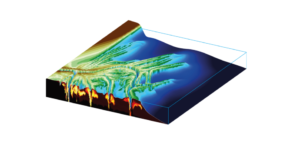 The Delft3D GeoTool has been developed by Deltares and TU Delft, in close collaboration with Statoil, to allow non-expert users to use Delft3D and extract relevant data from the simulated models.

A new web-based user interface allows the design and the control of individual simulations or scenarios, the export of data to standard industry software, and the calculation of aggregated properties, such as channel dimensions and grain-size distribution. The simulations, ran in cloud computing facilities, are stored in a central database with managed access and can be searched, viewed and exported by other Delft3D GT users.

The full spatial and temporal data coverage and the possibility to run multiple realizations with controlled forcing parameters, such as river, tides, waves, and basin geometries will facilitate the assessment of stratigraphic variability and geological heterogeneity in data-poor settings. As the data base will be filled with simulation results, data mining will become increasingly more useful and effective. 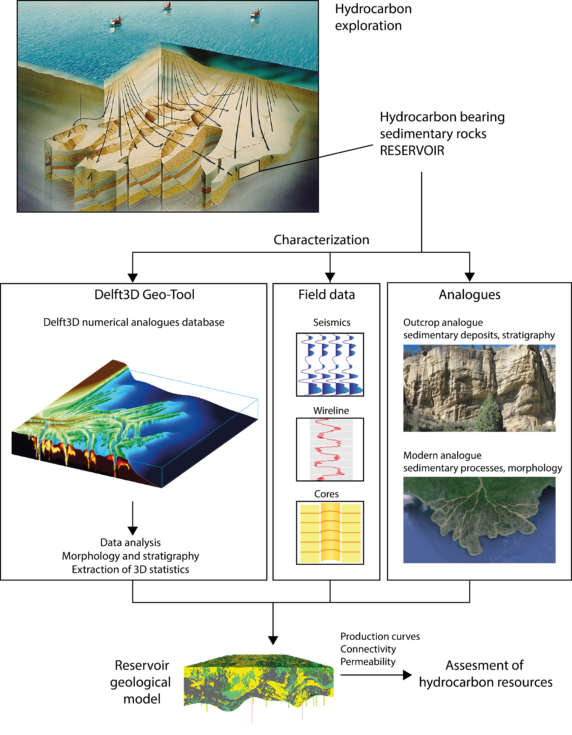 All software
Back to Characterisation and visualisation of the subsurface