Porto Central is a greenfield port in Brazil that is presently being developed by a joint venture of Terminal Presidente Kennedy (TPK, Brazil) and the Port of Rotterdam (PoR, The Netherlands). The project is part of PoR’s strategy to develop and manage ports in growth markets, thus strengthening its relation with the world’s leading players. Deltares performed detailed wave computations for Porto Central translating offshore wave information to the planned location of the port and around. 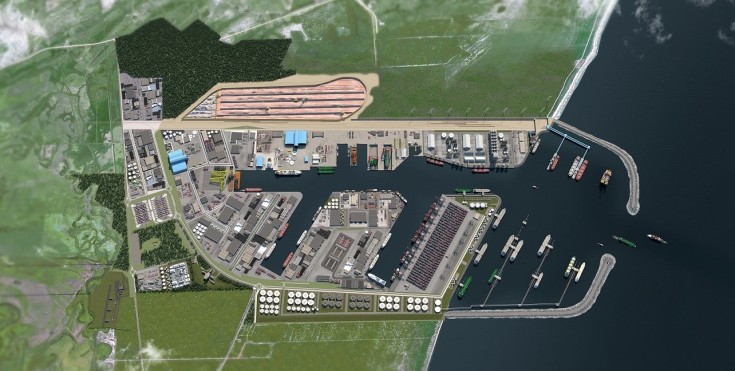 Deltares considerdd different offshore wave databases and selected the best data source. The local wave climate is dominated by longer swell waves from the south east and shorter sea waves from the northeast. Deltares computed the influence of these different wave conditions on the local shoreline development in the present situation and after construction of the port. The results of this study will be used for further progression of the port plans.

Porto Central will consist of an area of approximately 2.000 hectares within an industrial district in the south of the State of Espírito Santo, in the Municipality of Presidente Kennedy. It will be a multi-purpose port serving several industries, such as oil & gas, mining, agri-bulk, offshore supply and shipyards. The port will handle diverse cargos such as containers, soybeans, crude oil, oil products such as gasoline and diesel, LNG, coal and iron ore. Porto Central will be a deep-water port with up to 25.3 meters of water depth, able to receive deep-draught vessels such as Valemax ships and VLCCs (Very Large Crude oil Carriers).

All experts
Back to Ports and waterways