The OpenStreetMap platform offers a user-friendly and open database to digitize mapped data. It enables any community member able to handle a computer to map the city, and as a consequence, community mapping efforts are increasing.

Dar Es Salaam is a bustling urban centre home to 4.4 million residents and serves as the economic centre of Tanzania. Dar Es Salaam is also a city prone to regular flooding aggravated by solid waste accumulation in the drainage network. As Dar Es Salaam and other comparable urban centres develop very rapidly, the need for accurate mapping increases, in particular in flood-prone areas in the city. Community mapping efforts under the name of “Ramani Huria” (Swahili for open map) and “Zuia Mafuriko” (Swahili for stop flood) have been organised by the World Bank and the Red Cross, in collaboration with the Humanitarian OpenStreetMap Team. These initiatives led to training and mobilization of 200+ students to map and digitize the city’s most flood-prone wards. 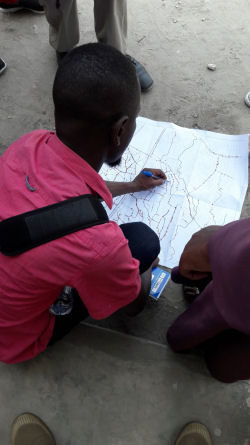 Deltares, in partnership with VU University Amsterdam, the World Resources Institute, Red Cross Climate Centre, Nelen & Schuurmans and Tanzania Red Cross Society, has won one of the prestigious “Challenge Fund” grants, funded and organised by DFID and GFDRR. Our challenge was to answer the question how we can best utilize community mapped data to offer baseline datasets for establishing a flood risk model cascade. Three main developments are established: first, to establish a tool that can assimilate OpenStreetMap data with existing global elevation datasets into a high resolution elevation dataset; second, to establish an automated workflow to use OpenStreetMap data and the elevation data to setup a flood inundation model; and third: to use outputs from the inundation model with OpenStreetMap data to assess critical infrastructure cascading effects and eventual impacts on vulnerable groups in society. All methods should be such that they are open to participation from local stakeholders and that they lead to a discussion between stakeholders about how and where mapped data should be improved for a better elevation data and model schematization, what features the automated model setup should have and how response on floods could be improved and targeted to the right people. All tools and methods are tested during end-user workshops. A field trip to improve the OpenStreetMap data was also performed. 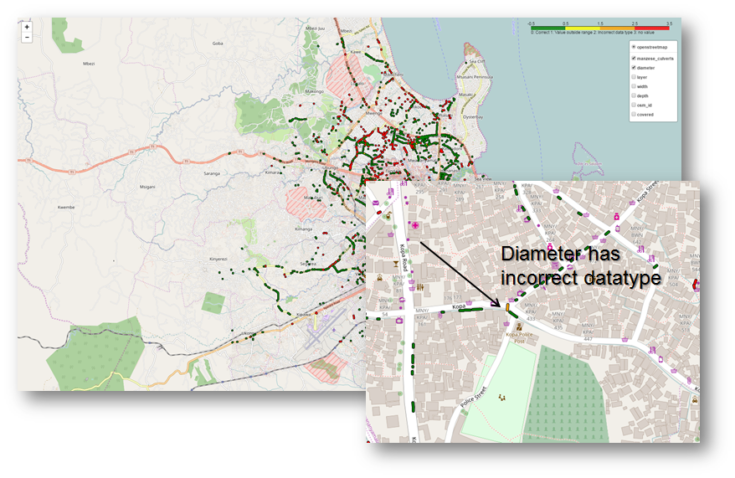 Resulting from this partnership are PARTERRA, an openly available tool for assimilation of OpenStreetMap data to global elevation data from SRTM (see http://osm-terrain.appspot.com), a pilot routine to quality-control and convert OpenStreetMap data into a 1D-2D flood inundation model based on the D-Flow FM module of the Delft3D Flexible Mesh Suite (Delft3D FM), and a non-digital version of the existing tool “Critical Infrastructures – Relations and Consequences for Life and Environment (CIrcle), based on an adapted version of the Bao game. All tools and methods can be scaled to other cities. 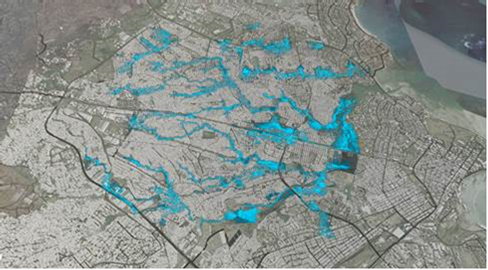