Over the recent years there has been a change in the way the city of Yangon is dealing with floods. The city is growing rapidly and the impact of flooding is becoming more visible in the way it limits the city’s social and economic development.

Deltares was leading a consortium to create an Integrated Flood Resilience Strategy (IFRS)  to provide the City of Yangon with a conceptual framework for identification of priority flood resilience investments in response to the challenges the city is facing. 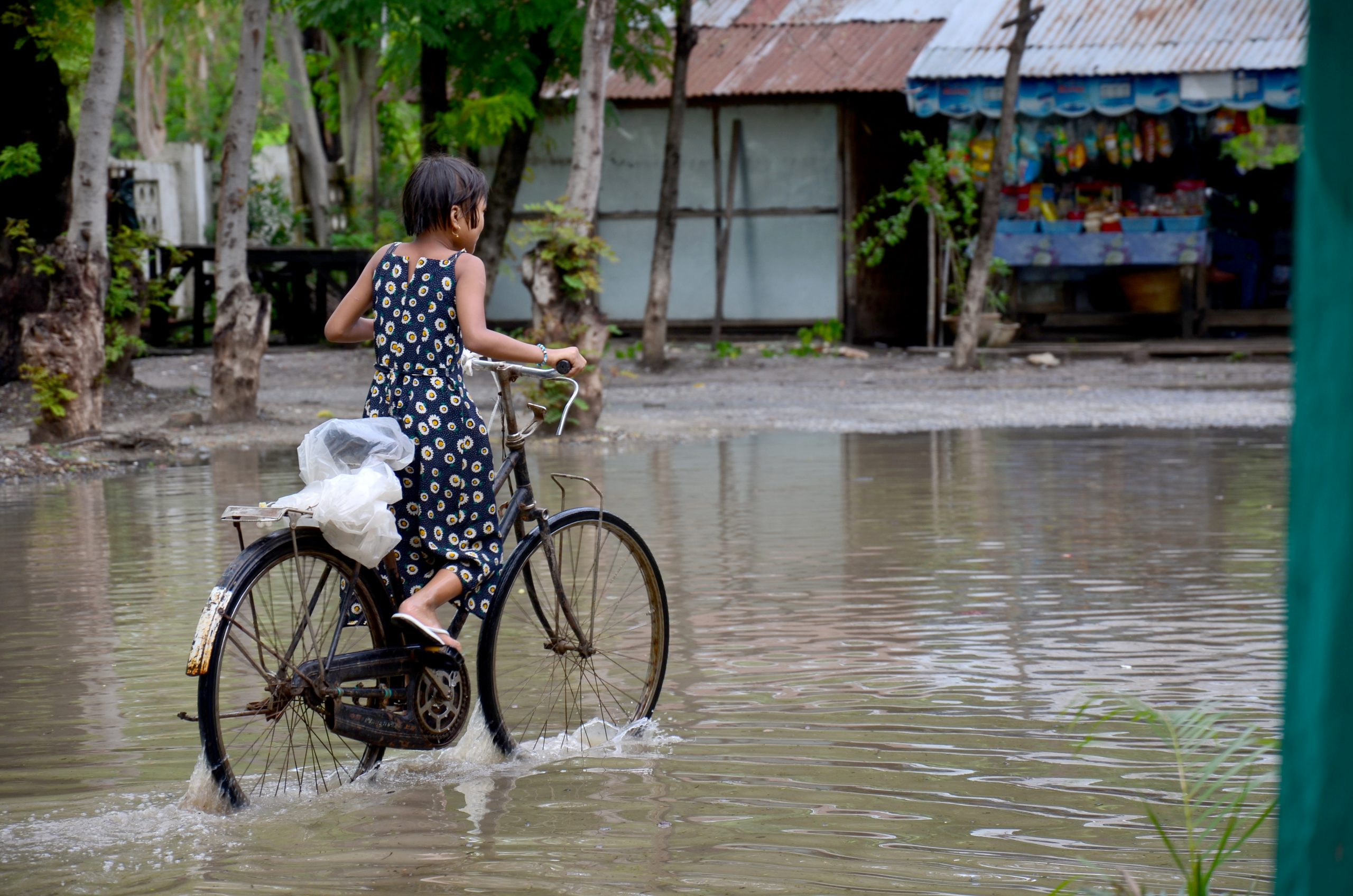 There are several causes of flooding in Yangon City. Coastal surges, that coincide with high (spring) tides and high river levels during the monsoon season from May to August, were found to be the most dominant flood driver leading to the highest inundation depths in Yangon City. The city’s existing drainage capacity appeared to be inadequate for serious rainfall events, leading to widespread resultant pluvial flooding in low-lying areas. This causes extensive traffic jams, and consequential business disruption, particularly in the Central Business District (CBD). During the monsoon season parts of Yangon along the Bago River, Hlaing River, Yangon River and Pazundaung Creek face regular flooding caused by the combination of seasonal high river levels and spring tides. High river water levels also hamper free gravity drainage thereby prolonging and exacerbating flooding in low-lying areas that arises from rainfall. Clogging of drains by the illegal dumping of solid waste is a further cause of flooding.

Flooding is not evenly distributed throughout the city and the mechanisms behind flooding differ per location. In parts of the city excess rainfall is the predominant cause of flooding. In contrast, areas along the banks of the Yangon River and Pazungdaung Creek, experience flooding from high river levels that result in riverbank overtopping, and/ or unregulated back flows through open channels that connect to the rivers. Yangon’s flood risk is projected to rise as a result of increasing urbanization (with a population growth of approx. 1.5-2% per year); accelerating sea level rise (estimated at 20 cm by 2040); and land subsidence (especially notable in the north-eastern area of Yangon and estimated to be up to 2 cm/year)

The Integrated Flood Resilience Strategy created comes with an investment package (Program of Measures) consisting of structural and non-structural interventions that aim to prevent floods expected to occur with a specific frequency, and to mitigate the impact of more extreme floods that are expected to occur less frequently.

The investments have been selected to address concrete objectives, formulated with Yangon City Development Committee and key stakeholders, to create a more flood resilient Yangon by 2040.

Given the current situation in Myanmar it is unknown what the next steps towards a more flood resilient Yangon can be.