In urban areas, the Netherlands is using more and more booster pumping stations to pump waste water to treatment plants. This cuts costs and reduces the need for odor control compared to traditional pumping stations. The approach also raises new questions: what is the best way to fine-tune the system, what knowledge do managers need, and how can you clean the pipelines? These questions were the focus of the CAPWAT (Capacity Losses in Waste Water Transport) Community of Practice meeting at the Riolerings Vakdagen and Aqua Nederland Trade Fair. The water board Hoogheemraadschap Hollands Noorderkwartier, the water company Waternet, and knowledge institute Deltares shared their expertise, and their experience relating to booster pumping stations. More than 80 delegates from water boards, municipalities, engineering firms, suppliers and contractors were present at the CAPWAT meeting. 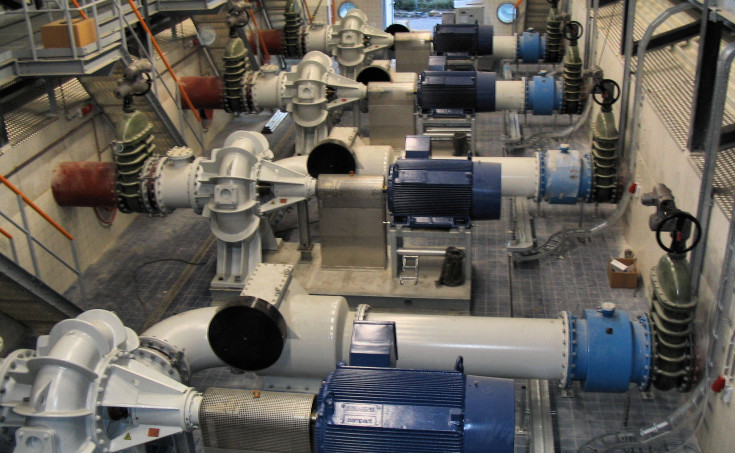 Kees Kooij of Deltares shared his expertise relating to water hammer and control principles. In complex systems, stable control is possible using an autonomous local control system for each booster pumping station based on flow-dependent level control. The challenge is to determine the right control parameters and time settings. The stability of the booster control system is determined in particular by the control behaviour of the sewage pumping stations supplying it. Advanced simulation models can show the consequences of the control behaviour of the different sewage pumping stations, giving water managers a clear picture of the consequences and allowing them to operate their systems more effectively.

Ger Verwoert from Waternet described his experience with setting up his system for Amsterdam. The control system works perfectly in practice. After it was put into operation over 10 years ago, very few changes have been made to the operating software and the transport system continues working exactly as it was designed. Because the booster pumps do get blocked by fibres, the Amsterdam booster system is not working entirely smoothly yet. Waternet is satisfied with the hydraulic performance of the booster system and they are convinced that their investment was the right decision.
Johan Jonker of the water board Hoogheemraadschap Hollands Noorderkwartier (HHNK) discussed the deliberate decisions made by HHNK over the last 15 years relating to booster pumping stations. The innovations initiated in the late 1990s are now widely accepted in the HHNK organisation and millions of euros have been saved by the decision to introduce booster stations.

Pipeline capacity can be adversely affected over time as a result of fouling or gas bubble stagnation. The pipelines needs to be ‘pigged’ to maintain capacity. New techniques for cleaning the pipelines are emerging. Antoine Steentjes of Vandervalk+degroot presented a new technology: ‘ice pigging’. The ice pig technology uses a specially prepared ice slurry with water and salt (-5 °C) containing many small ice crystals. The sediment and fouling is scraped off and picked up by the slurry, which then continues to remove it from the pipeline.
Cor van der Wal of Aquador described another new technology: the ‘air pig’. When the pump is in operation, air is pumped in under pressure at a given interval. The air bubbles introduced into the flow generate large dynamic differences in the flow rate, stirring up and removing the dirt. This method directly contradicts the original aim of the CAPWAT research, which is to keep air out of the pipeline as much as possible. When pipelines have larger diameters, venting facilities need to be available to remove the air from the pipeline after cleaning.

WANDA, a program for the hydraulic design, control and optimisation of pipeline systems