Iraq wants to build a modern port as part of its long-term commitment to transforming Iraq into a transportation corridor between the Middle East and Europe. This will be the Al Faw Grand Port, which will be situated in a tide-dominated, muddy environment with complex sediment dynamics. Deltares studied the impact of the port on the surrounding coastline and river estuary, as well as the hydrodynamics, siltation rates and scour near the breakwaters. 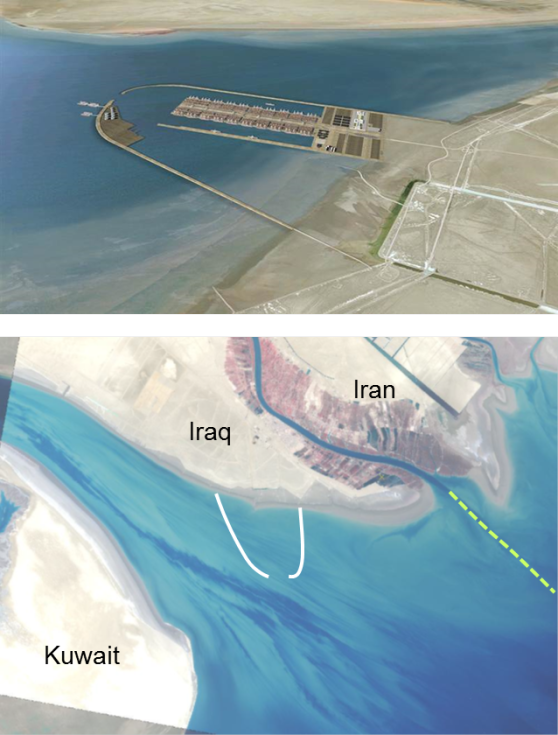 We looked at whether the construction of Al Faw Port could:

We also made a quantitative assessment of the hydrodynamics, siltation rates and scour near the breakwaters of Al Faw Port.

Advanced two- and three-dimensional Delft3D models were set up in a way that was determined to a major extent by the processes that drive the dynamics/sediment dynamics of the system and the physical features requiring assessment. Since coastline evolution is most strongly influenced by two-dimensional processes (tide and waves), coastline changes are studied with the two-dimensional model. However, for the assessment of siltation rates, an area where sediment-induced density currents are also important, the three-dimensional model is required. Furthermore, methods were developed to distinguish between different processes driving the import of sediment into the port.

The coastline model predicted that the port would have no impact on the Shat’ al Arab delta and that there will be no local coastline changes east and west of the port. Scour is expected near the corners of the port. The model simulations predicted the import of muddy sediments into the port. Here, waves are important in terms of remobilising the sediments out of the port;  density currents are the main transporting process. These findings helped the client to develop potential measures to reduce port siltation and to optimise the design.

All software
Back to Coastal Developments